There are three important lifestyle factors which endanger our health seriously:  smoking, to be overweight and inactivity. That´s nothing new so don´t worry, this turns into a sunny tale. 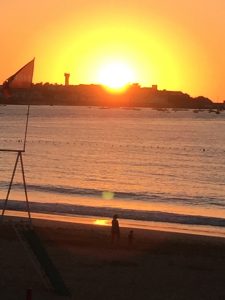 Recently in Sweden, a study was carried out as to the detrimental impact of the sun on our health. And again, nothing new you might think, as we have also known about this subject for a long time. For this study 30,000 (!) women were followed during 20 (!) years. It was proven, as was expected, that in the group of women that had the most exposure to the sun was also the highest incidence of skin cancer and in the group with the least sun exposure was the lowest incidence. However, the skin cancers in the group with highest sun exposure appeared to be less malignant and therefore easier to cure.

And stronger evidence still: smokers with a lot of exposure to the sun had the same life-expectancy as non-smokers who avoided the sun as much as possible. One of the conclusions of the research was thus that avoiding the sun might be as dangerous as smoking!

The explanatory factor for these findings is vitamin D. With the help of UV rays from the sun, a pro-vitamin D is produced in the skin which is further processed by the liver and kidneys into active vitamin D. Vitamin D improves the functioning of our immune (defense) system and exerts a positive effect on our mood. Just like modern anti-depressants, sunlight raises serotonine levels in the brain.

Extensive sun exposure according to this study, therefore enhances the life expectancy, in any case in Swedish women. Piquant detail: in the seventies, it were Swedish women that introduced the bikini to the Spanish Costas, much to the the agitation and abomination of the then strictly Catholic Spaniards.

So, from all this exposure these women now enjoy the benificial effects. There are of course some short-term risks, for example sun burn and heatstroke. 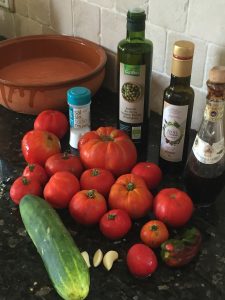 Spaniards have a high life expectancy, similar to that of Germans for example. This is surprising as Spaniards smoked much more during previous decades and many have known a youth with malnutrition. As an explanation for this high life expectancy, the Mediterranean diet is cited. It has been indisputably proven that a diet of fish, olive oil, vegetables, fruit and nuts has a positive impact on health, and in particular in the prevention of cardiovascular disease, dementia, diabetes and some cancers. But, is this diet enough to balance out the negative effects of malnutrition up to the 1970s and the relatively excessive smoking by the Spaniards? We can now assume that the favourable impact of the sun also makes an important contribution to the relatively good health and high life expectancy of the Spaniards.

That high life expectancy will only increase as the numbers of smokers in Spain has strongly decreased. This has largely happened on the one hand because of the increase of tobacco prices during the economic crisis, and on the other hand by the prohibition of smoking in bars and restaurants. There is already talk of banning smoking around school yards and even in one´s own house or car. The less smoke the better!

Today’s smoker is an outcast. When you go to a bar, a theatre or an airport, you will often find the entrances flanked by die hard smokers. Only five years ago we were used to drink and dine in smoke filled establishments. Now, even smoking outside is considered a nuisance by many who find it unpleasant to have to pass through a curtain of smoke before entering the smoke free establishment they have choosen to visit. 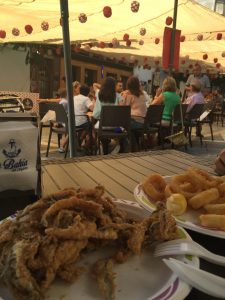 Not so long ago, on a beautiful Saturday afternoon, I was sitting on a terrace, situated on the small central square of a picturesque inland village, not too far off the coast. A car-free square, flanked by white painted houses with black, cast-iron balconies. Beside us ran the road to the castle situated 800 meters further up. We were enjoying a nice lunch. As usual in the Spanish countryside, the service was pleasant, the servings generous and the prices reasonable. An idyllic scene.

At the table next to ours someone lit up a cigarette. I looked at the person sub-consciously.

“Does it bother you if I smoke?” the man asked me politely.

“No, not at all”, I replied, “it has to be possible somewhere, after all?”

A few moments later the conversation at our table suddenly became drowned out by the noise of a lorry appearing, the beer supplier.

He parked right next to the terrace and left his vehicle with the engine still running. Any kind of conversation was now impossible and worse, the penetrant fumes of diesel started to spread out over our once so idyllic terrace. I considered to step in to the lorry but reconed he probably wouldn´t take too long. Indeed, he finished his delivery quite quickly but then he stayed chatting endlessly with the owner of the restaurant.  I looked around the terrace to find here and there some annoyed looking tourists, but the Spaniards staying indifferent, simply turning up the volume of their conversations. My eyes caught the eyes of our smoking neighbour.  “Stinks considerably, that cigarette”, I say, directing my eyes towards the lorry. The man did not understand me, so I shout louder and repeated what I had said.  “Yes, but at least my cigarette comes without 100 decibels” he shouts back. When, at last, the beer deliverer finished chatting he left the terrace, with friendly greetings to the seated guests. On to the next customer, he roars up the mountain towards the castle, leaving the once so peaceful terrace behind in black clouds of putrid diesel fumes….

If you happen to be one of those who, against your better knowledge, still smoke and are forced to spend part of your social life outside, then do not suffer too much from the disapproving views that may sometimes be directed at you. Consider instead that many of the people disgusted by your unhealthy habit might just have parked a stinking diesel vehicle around the corner. And comfort yourself with the idea that since you are bannished to be outside, your life expectancy has, according to a Swedish study, considerably increased. At least, as long as the sun is shining on you….…